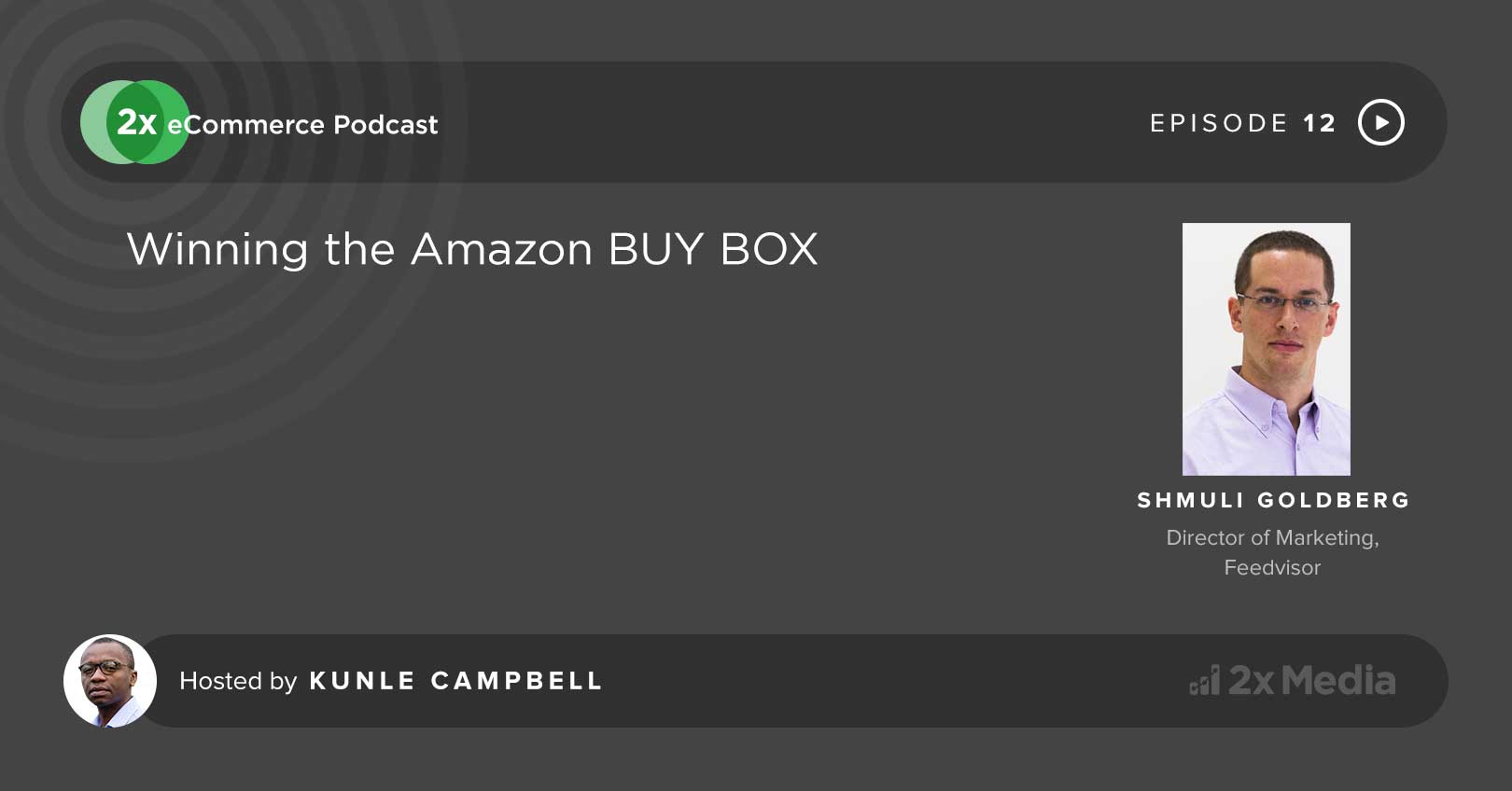 Shmuli is an experienced marketer, who has worked with several B2B SaaS tech start-ups.
He used to be the Director of Marketing and Senior Technology Evangelist at ClickTale,
He is also a featured speaker at industry conferences all over the world.

Understanding that it is increasingly difficult for Amazon Marketplace sellers to stand out, Shmuli Goldberg, head of marketing at Feedvisor offers retailers a solution to win the coveted Amazon Buy Box without compromising on revenue and profits.

There are 15-20 requirements to win the Buy Box on Amazon, the most important being fulfilment, seller rating and landed price. Feedvisor executes 25 million pricing decisions per day to make sure that their customers’ products are visible and offer good value within the Amazon Marketplace.

Shmuli gives an insight into how small and larger retailers can remain competitive and profitable in an increasingly crowded sales channel.

Key requirements to win the Buy Box on Amazon:

If you don’t give your customers a great experience, it can definitely be a detriment to you, because it’s harder and harder to make sales on Amazon.

.@shmuls on @2XeCommerce: Amazon count for 1/3 of every dollar spent in ecommerce in the US.

Our experience has shown that less than 20% of people will always buy the cheapest item. Everyone else is going to go with a reputable seller.

Amazon is far away above Ebay in terms of exposure, customer base and the infrastructure that they have around the products and promotions.

Your goal initially is to prove to Amazon that you actually know what you’re doing and that you can run a retail business.

.@shmuls on @2XeCommerce: We’re probably the only system in the world that lets our customers…

If you have a higher price, but better metrics, that is more important to Amazon than if you have a lower price buy lousy metrics.

It’s not a lot of effort to sell internationally on Amazon at all. It’s actually a very low barrier to entry.

I would never recommend anyone to start off with 3000 items at once. Start in the tens and move to the hundreds and finally to the thousands.

If you’re the 97% mark of rating, maybe make one or two deals that you wouldn’t normally make, just to get yourself to the 98%.

If you start badly on Amazon, and you screw up your first couple of shipments, it’s going to put you in a situation that you will simply not be able to recover from.