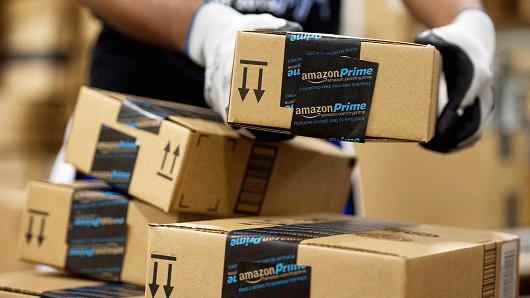 Ecommerce Wars: Google needs a Loyalty Program to Take on Amazon in Ecommerce

I recently came across an interesting survey commissioned by BloomReach: they found that 44% of online shoppers in the U.S. began their ecommerce product searches on Amazon.com.

Google ecommerce position at the moment does not looks very strong, because it relies quite a lot on product-related searches for a big chunk of advertising revenue.
We all know that Amazon.com is the 800-pound gorilla in the market and savvy shoppers know that Amazon does not always offer the best prices. That said, Amazon is still pretty much the primary destination for consumer product searches  with an improving position.

A similar survey carried out by Forrester Research in 2012 found that just 30% of online shoppers began their shopping from Amazon.

So what has changed in online shopping behaviour between 2012 and 2015…in just 3 years?

There are now 44 million Amazon Prime Members across the U.S and growing. To give you some context here, according to the U.S. Bureau of the Census there are 123 million households in the United States.  Meaning that 36 per cent of U.S. households have an Amazon Prime account! That is a pretty significant incentive!

So what do consumers get from an Amazon Prime membership?

Amazon Prime Drives Customer Loyalty for Amazon. Searching other retailers to compare prices is hardly considered because of the psychological impact of being a Prime subscriber. As a result, Google and other retailers are receiving a lower share of traffic.

Amazon Does not share Keyword Traffic Data but Alphabet’s (formerly referred to as Google) Executive Chairman, Eric Schmidt admitted to a European audience that he viewed Amazon as Google’s biggest competitor. Although this might have been most likely a sway tactic to detract EU regulators from issuing  anti-trust regulations to Google – why didn’t he claim Bing, Facebook or Apple to be Google’s biggest competitors?

Amazon does not share email address info of their customers with retailers that sell in their marketplace. Retailers instead have to rely on Amazon’s stellar retention tactics and activity in order to make repeat sales for Amazon. Amazon is a sales channel many direct to consumer brands cannot afford to ignore.

Google’s Efforts to Own Ecommerce

Google has been planning its ecommerce marketplace via it Product Listing Ads (PLA) feeds….which has potential but has yet to go LIVE since its announcement in May 2015.

In 2013, Google tried to partner with brick-and-mortar stores to develop Google Express Shopping; a same day and overnight delivery service for local bricks and mortar stores, but the service failed to catch on and the company was forced toshut its two delivery hubs around San Francisco while it revamps the service. This space is likely to be dominated by Uber in the not so distant future.

As Amazon continues to draw new Prime subscribers, online retailers should start exploring ways to make Amazon work for them. I intend to cover a lot more ground on successful retailing within the Amazon ecosystem and intend to do some investing in Amazon based businesses myself. So do watch this space as I will be interviewing more 7 and 8 figure Amazon sellers on the 2X eCommerce Podcast to help you navigate the Amazon jungle!

These are the Bloomreach survey results summarized in this handy infographic:

This episode is brought to you by Remarkety.
Remarkety is an email marketing platform specifically built for eCommerce businesses.

With Remarkety, emails are automatically triggered by shopper behaviour and purchase history.With a few simple clicks, Remarkety allows you Recover abandoned carts, win back inactive customers, make product recommendations, deliver newsletters and more.
In other words, emails you will send through Remarkety will be highly targeted: with glaring improvements on your open rates, click rates and, most importantly, conversions. You are also able to track revenue generated from every single email sent by Remarkety.

Try Remarkety absolutely free for 30-days. No credit cards and no contracts.

To sweeten the deal, 2x eCommerce listeners can get Remarkety for 30% off an entire year using the coupon code PODCAST30.

Edited and Mastered by: Quarter After Production

This episode is edited and mastered by Quarter After Productions. “They put a microphone in front of experts who know what they’re talking about.”