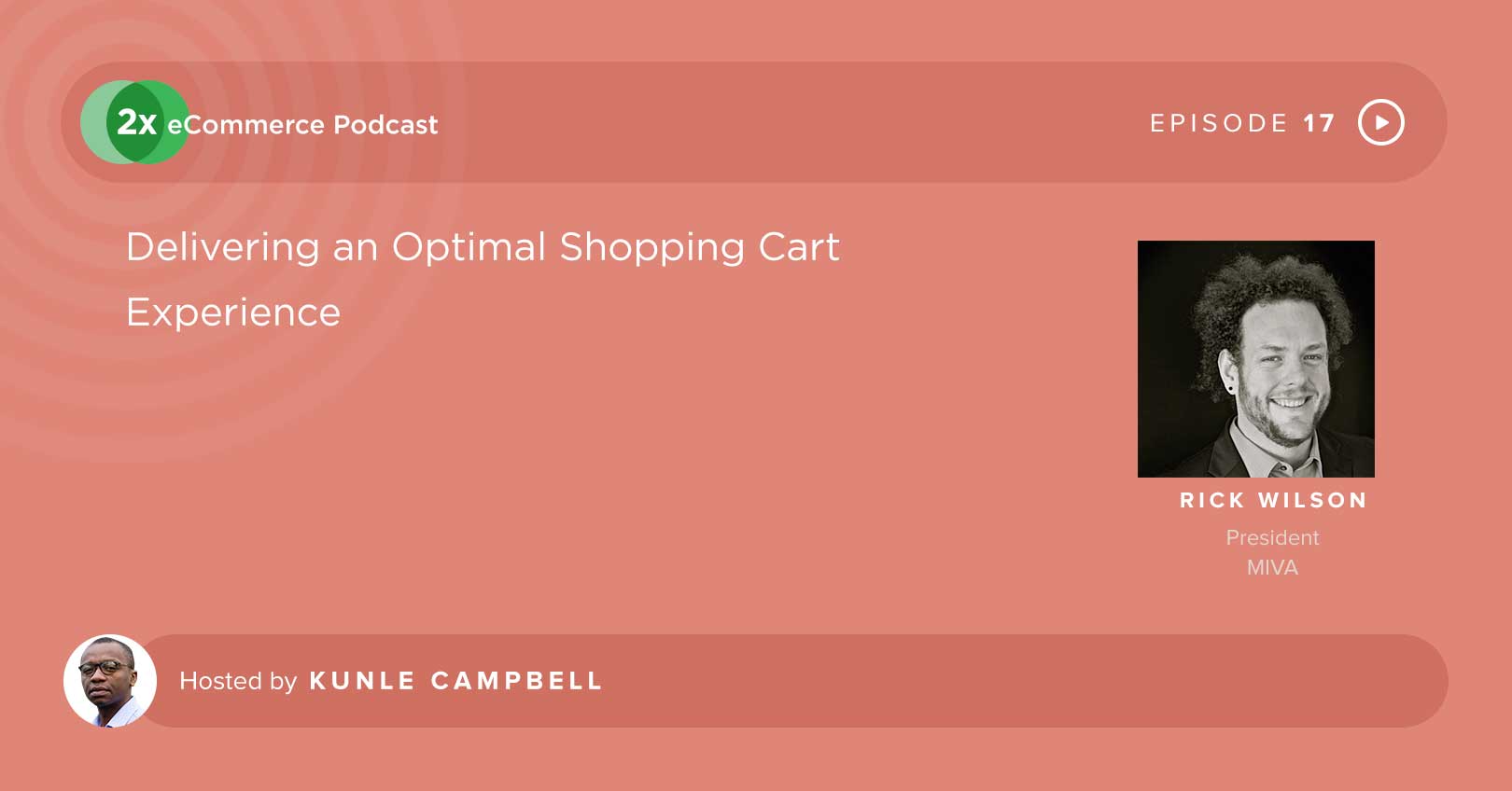 Rick Wilson is the president of MIVA, an ecommerce software solution with over 20,000 customers, that started in 1997 and saw the evolution of ecommerce from its beginnings and through the “.com” revolution.

What exactly is the OPTIMAL Checkout experience in a device agnostic world?
How can you reduce checkout friction and drive up average order value on not just desktop computers but also tablets and mobile devices?

My guest on today’s show Rick Wilson, is the President of Miva, an eCommerce SaaS platform with over 12,000 active stores.
He takes us through the optimal shopping cart process, shopping cart best practises and tactics as to how online retailers can drive up their average order value (AOV) at checkout and reduce friction.

Rick Wilson also talks about why MIVA eventually chose to become a Software as a Service (SaaS) company and what he thinks of the direct-to-consumer revolution and the progress of B2B ecommerce in the coming years.

The edges that I see today are a combination of great content marketers with unique products and a lot of expansion in the B2B space.

Don’t let someone else steal your online business, they’re not adding any value to it, you’re…

What’s going to make social work for commerce is genuine discussion about products.

Ecommerce is more like banking websites or banking relationships. They can’t go down.

If your business model is people that aren’t actually going to use your product but paying you a monthly fee, you have a retention problem.

For a first time shopper, the optimal checkout experience is very similar to Amazon’s.

You want to, depending on what you sell, make it really easy for someone to get through checkout.

We wanted to build a company that we didn’t lose control over and that was profitable in its own right.

I personally would not have an account process interrupt checkout flow at all.

The first thing to do is set up a proper analytics funnel.

The vast majority of merchants aren’t doing any cart recovery.

This was a great interview.

Get in touch with Rick Wilson on:  rwilson@miva.com